Some Fun with 1 and Digging into 18's Issues

Today 1 got some sprucing up. Galen trimmed the extra lengths off the roof boards and the evened out the roofing. Wil and Kelly washed the windows, much improving visibility. The car made two trips on the line before rain threatened and it had to be put away as it is no where near ready to face inclement weather. Wil and Kelly ran the car to celebrate their birthdays and Galen, Mike, and Ryan also took a turn at the controls. 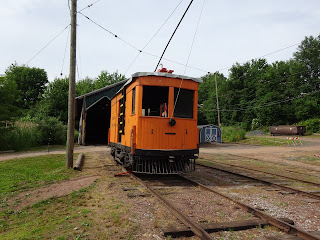 1 with cleaned up roofing 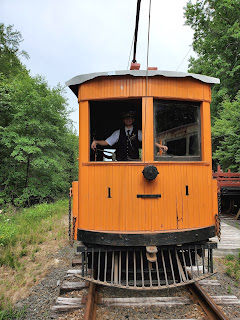 Wil at the controls after completing an eastbound trip 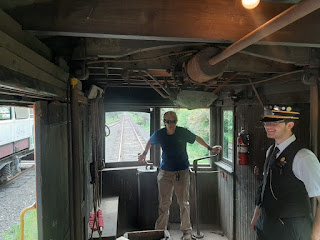 Scott did some cleaning up inside 18 then moved back onto 836, preparing the seats for their next coat of varnish. Lou swapped the two brake stands in the locomotive which allowed us to determine the source of the leak in the air system was one of the brake stands and not the piping itself. He disassembled and began cleaning the stand. Galen finished the work. We found a seized component but issues persist. A new gasket will be made and will hopefully help the problem. The journal boxes were also inspected. Kelly removed mouse nests from five of them and Wil did the much needed oiling. 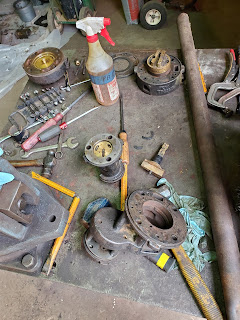 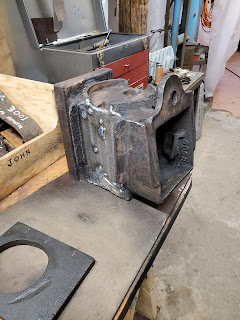 Email ThisBlogThis!Share to TwitterShare to FacebookShare to Pinterest
Labels: 1, 18, 3001