Car 355 is back in service after a two week visit to the shop. The car's slider plates (greased metal blocks that allow the body to slide over the trucks when going around corners) were re-shimmed while the car was with us. The car has settled during its time in service and was riding constantly on the slider plates, rather than only during curving. Riders will notice that the car now rocks side to side more while traveling down the line. 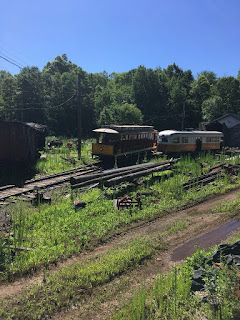 355 leaves the shop on its way to rejoin operations. Photo by Wil Gambardella


Work also began on re-shimming 65's slider plates as they are riding too closely to the car body. We took the opportunity of the car being outside while we switched it back into the shop after 355's departure to remove the rest of the dirt from the roof using compressed air. Work also began on cleaning up the car's clerestory windows. 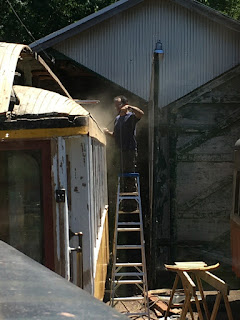