When assessing 3001 to removed the treadle doors, the west end was found to be in poor condition. The sheet metal was removed from the end to reveal the frame and repairs have begun. 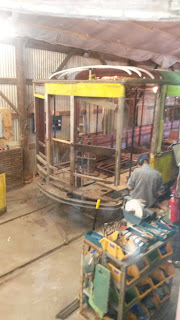 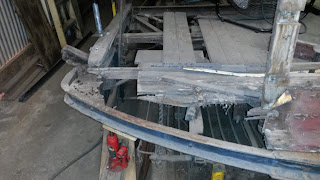 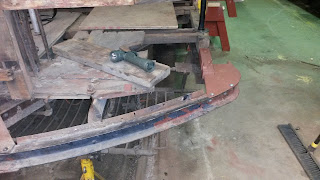 Roof repair work is in progress on car 65. The electrical and air systems have received initial testing and show good indications that we have four functioning motors and a working compressor.
Posted by Kelly Buffum at 6:17 PM

Email ThisBlogThis!Share to TwitterShare to FacebookShare to Pinterest
Labels: 3001, 65