A Peek Inside Sweeper 010

For the 2017 season, Capitol Transit snow sweeper #010 has been moved inside the Visitors' Center. Yesterday, the shop crew removed the tarp that had been protecting it from the weather while it was stored outside under the train shed. This marked the first time in years that the car could be seen completely. Let's take a look. 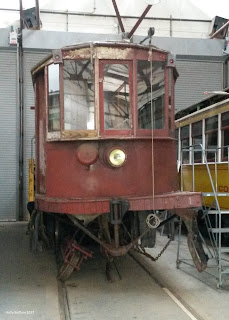 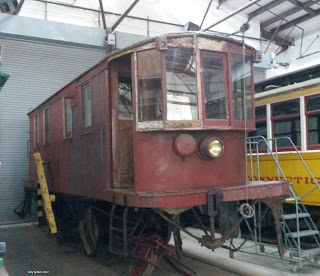 She's looking pretty good for 118 years old. The car body has a distinctly southwards lilt, likely caused by a combination of hard use and storage on uneven track. The pole was pulled so tightly to the body for storage, that it caused some damage to the roof. There is rot evident on both platforms. At a rough estimate, she is in approximately the same condition as 169, which is currently be restored. We hope to perform some paint touch up to improve her visual appeal while she's on display.

Due to the poor condition of the platform floors and the dangerous exposed equipment inside, 010's interior will be off limits to the public. However, we've taken some photos, so you can see the inner workings. 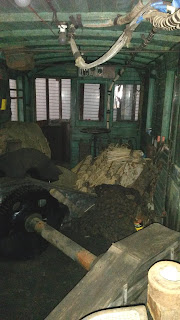 The sweeper's original bamboo snow brushes are visible in their storage spot near the east end of the car. In the foreground is power shaft for spinning the brushes. 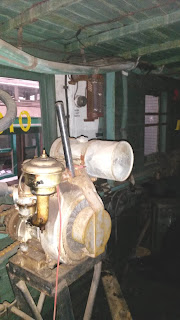 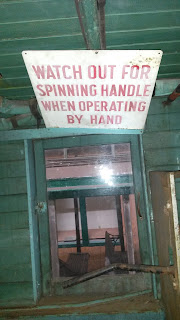 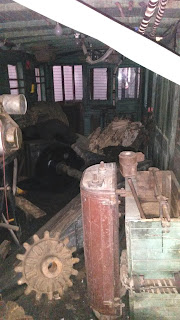 Here is the brush speed controller 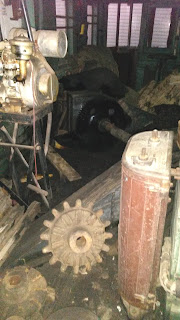 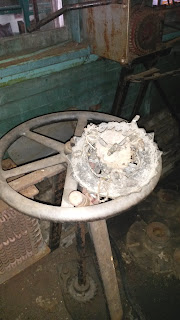 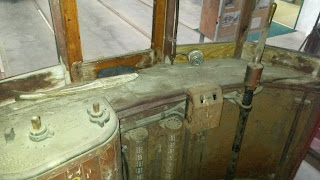 Email ThisBlogThis!Share to TwitterShare to FacebookShare to Pinterest
Labels: 010