Work continued in the Northern this weekend. Kelly, Larry, and Brian continued to remove old varnish and paint from the bedroom. Galen worked in the bathroom and kitchen, measuring out where the sinks and stove may have been given outlines found on the wood flooring which were exposed then the linoleum was removed. Meanwhile, Fred and John keep 3001's restoration moving ahead by cleaning component parts. 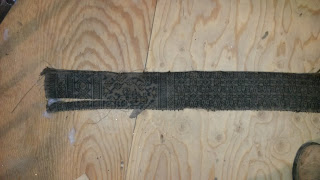 Carpet remnant from 1500's hallway. We think it may have been original 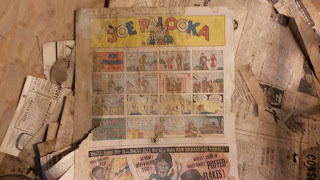 Comics found under the linoleum in the kitchen date from WWII 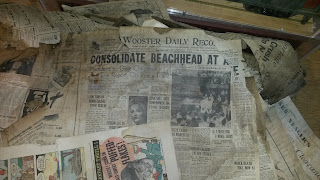 News from 1943 found under the kitchen floor 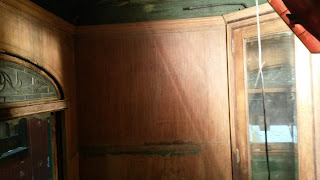 Current status of the bedroom. Varnish is off the lower walls and paint removal has begun 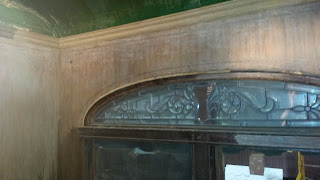 Another image of the bedoom