Each February, the northeast region's trolley museums gather together for a weekend of operating and discussion. This year, Halton County Radial Railway in Milton Ontario hosted. Galen, Kelly, Tim, and Christine made the journey north for the long weekend.

The event ended with a visit to Toronto Transit's Leslie Car House on Sunday morning. A tour was given of the LRV maintenance and repair facility. Several guests used the LRV training simulator and the tour closed with a trip around the facility in one of the operating cars.

We'd like to thank Halton County for being wonderful hosts. We all enjoyed our visit. 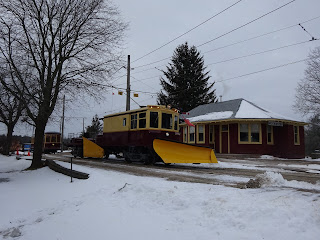 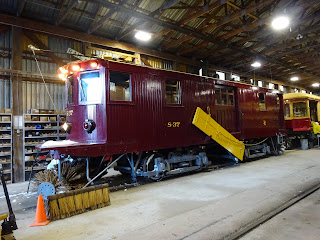 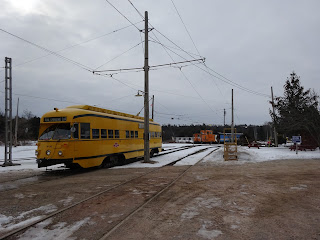 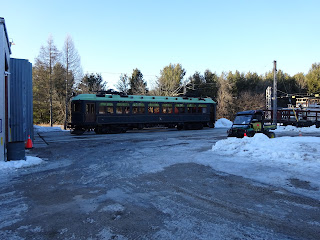 Suburban 8 waits outside the carbarn 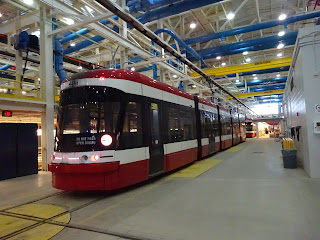