Yesterday, Galen, John, and Kelly took a trip to the Shore Line Trolley Museum in East Haven to visit 3001's sister car 3000. That car is also in an unrestored state, but has not been disassembled like 3001 was. Interestingly, even though the cars are sisters, they display subtle differences 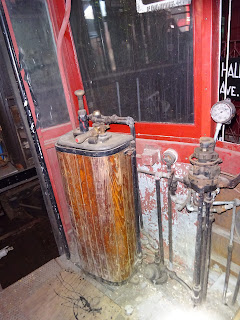 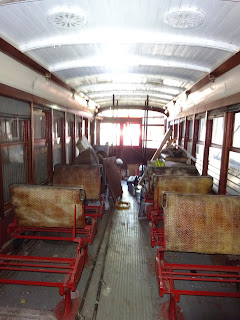 We were also shown car 2350. This car has been restored and is operable. It is similar to what 3000 and 3001 would have looked like before they were modified for service in New Haven. (Treadle doors were added, along with the seat configuration changing to allow for more standee passengers.) 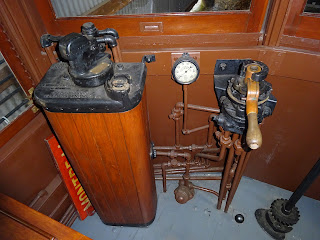 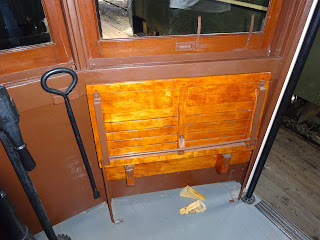 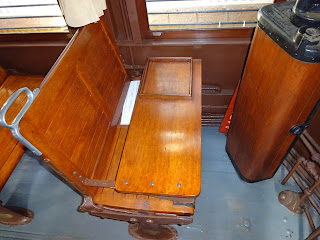 This 'high-chair' allows the motorman to sit while operating, but flips to become a passenger seat when the car changes ends 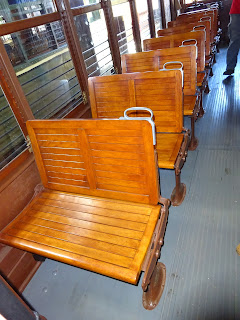 The shop also got to visit with car 1792, a double truck Brooklyn car that has many similarities to 169. We met the folks restoring and 1892 horse car (Metropolitan #3), which is coming along nicely, Then we took the time to wander through the other barns before heading home. We'd like to thank Bill for taking the time to show us both 3000 and 2350.
Posted by Kelly Buffum at 10:10 AM