A Return to Service, Dasher Installation, and More

836 returned to operating service yesterday morning, taking her first trips of 2017 down the line. 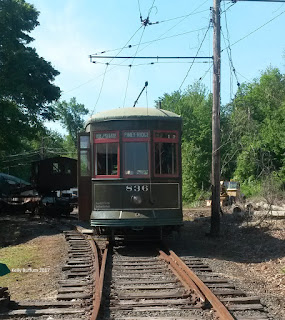 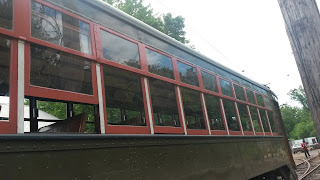 New window frames are installed and painted on the north side 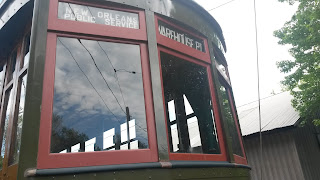 
During the week, John welded in patch panels on 169's dasher. Yesterday, the dasher was reinstalled on the car's east end by Bruce and Paul. 169 now looks much more like herself. Next week, they'll be reconnecting the dasher to the front windows. 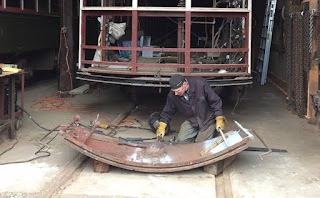 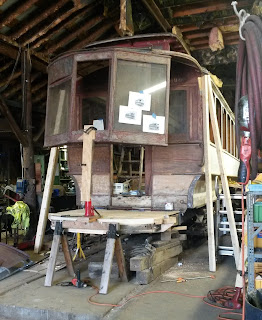 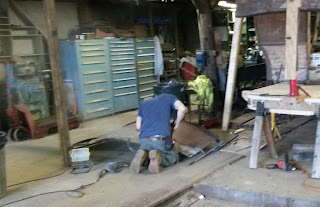 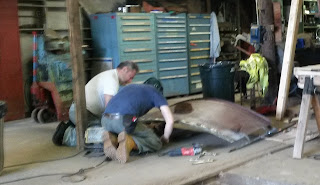 Bruce and John removed the cut metal from the dasher 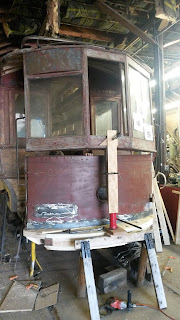 Dasher is installed and bolted into place


Work has also progressed on 3001. The old, rotted roof has been removed. John has also begun removing the floor and mapping out the air system. 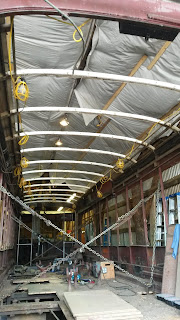 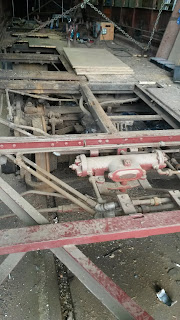 Flooring has been removed from the east end. Here a door motor and part of the air system are visible


Galen, Jim, and Adam ventured into track work and made great progress on the Shop-Northern Barn switch yesterday. The old, rotten switch timbers were removed and one of the two new timbers were installed. 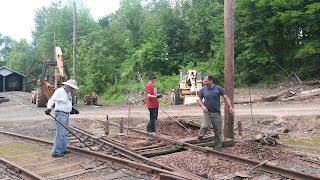 Jim, Adam, and Galen prepare to remove the rotten timbers


1326's motor is back from being rebuilt. It will be installed after 5645's. 5645 was brought up to the shop yesterday afternoon to have it's forth motor installed. The car was prepared and is ready to be jacked next weekend. 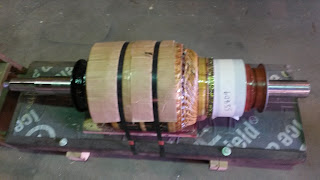