Yesterday brought opening day to the museum under hot, humid conditions. It also brought a new sight to staff and visitors. Line car 1 received its poles and ventured out around the yard for some basic testing. It made two trips up and down the yard before lunch. After lunch, it ventured up to the shop to drop off all of the tools we'd been using to work on it. This had the added benefit of letting us test the car through some more switches and around a curve. So far everything looks good. The weather did us in and we called it a day early, but we hope to take the car out on the line one evening this coming week for its first test trip. A myriad of little things remain needed to complete the car, but it is a delight to see it mobile for the first time in the eleven years it has been on the property. 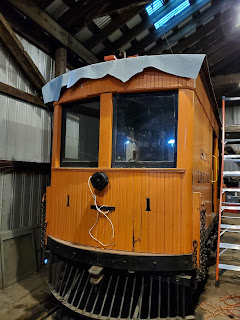 1 sneaks out of the barn on a bug. Mike Luzzi video 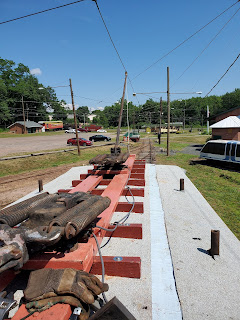 Roof side view of pole installation on 1 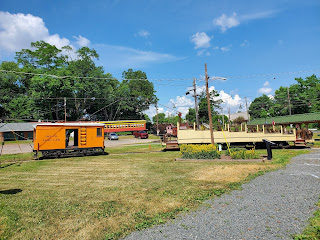 Wil runs brakes on the first trip up the yard. Only the east end controller is functional at the moment. Mike Luzzi photo 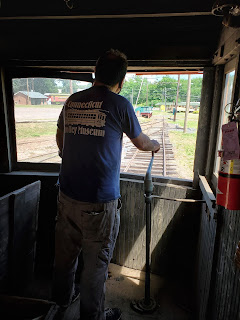 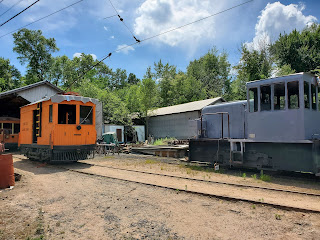 1 up at the shop to offload tools


Mike continues work on S193, More black paint has been added and the car again sports its lettering and numbers. 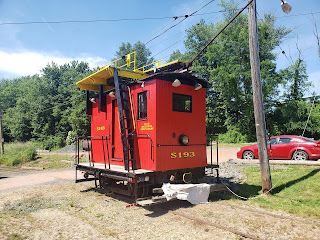 S193 shows off its new markings


Scott and Lou worked on 836. Scott continued work on varnishing the seats. Lou finished the refurbishment of the west end controller and replaced a section of broken upper window frame on the north side of the car. 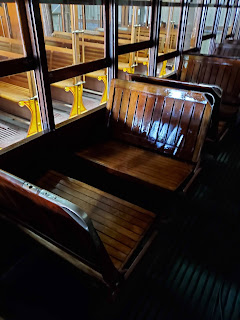 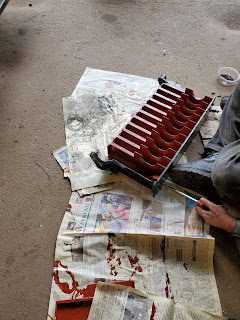 
Adam did some painting on 18's roof. Tad worked on removing paint from the underside of 169's roof around the clerestory. 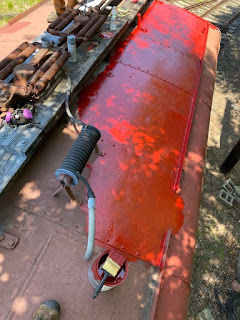