Yesterday saw the completion of an important milestone in 3001's restoration. With the help of the Trolley Care Program participants, the car was transferred to shop trucks. To start the day, Kelly, Galen, Adam, and Katy shuffled 3001 over the pit to remove cotter pins from the ends of the center pins. The car was then returned to its home side of the shop and the team was joined by Christopher, Julia, and Lou. The car's east end was jacked and the truck rolled out. Using the Case loader, the truck was shifted to the pit track and a Type 5 shop truck was loaded onto the track in front of 3001. The truck was pushed under the car by hand and the car was lowered, wood spacers being added to level the car on its new truck. 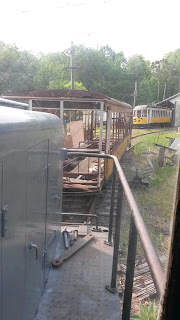 Shuffling 3001 to the pit track (Video by Adam Kruase) 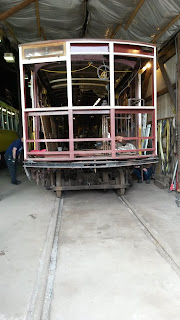 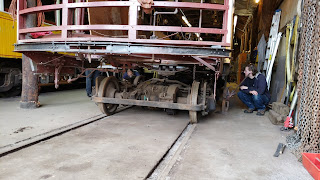 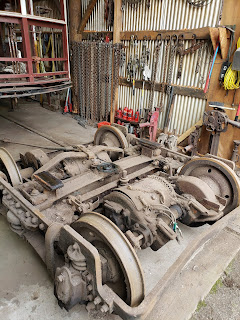 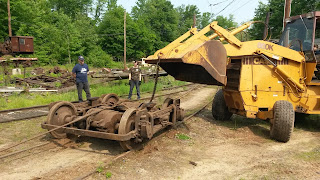 Setting the east end truck down on the pit track

3001 was then towed outside with the diesel and the jacking and truck transfer process was repeated on the west end. 3001 moved past the switch and its west truck was rolled onto the pit track before the car was pushed inside. The diesel then fetched both trucks and pushed them inside the shop after the car. 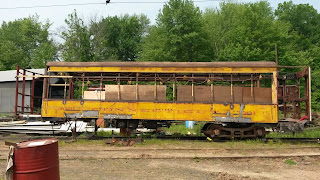 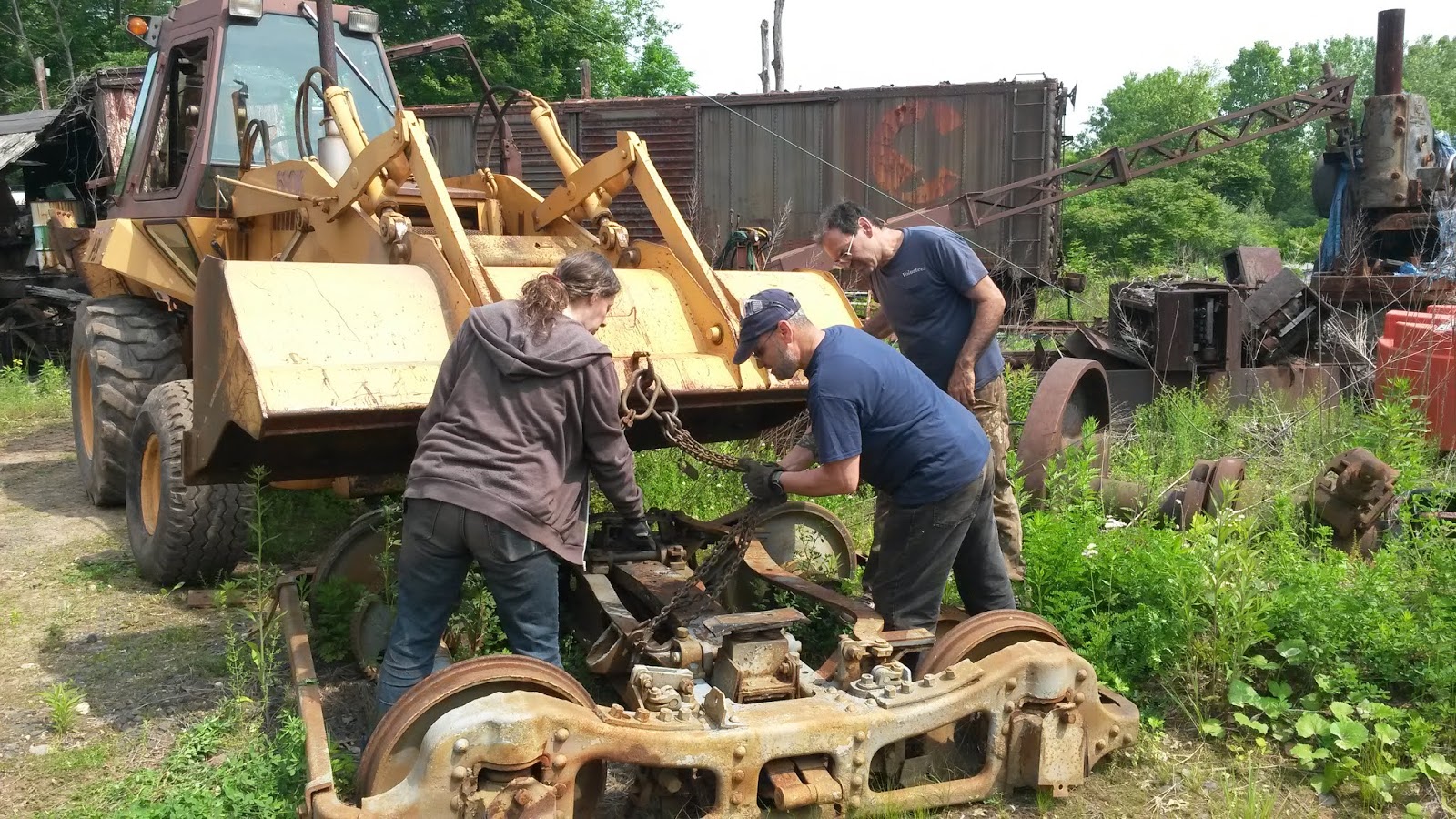 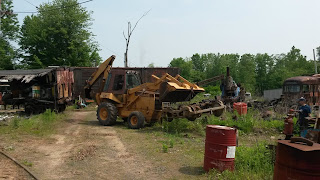 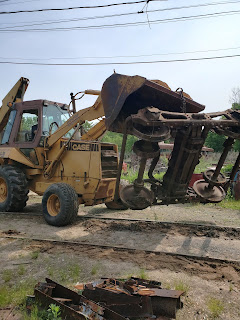 After a short lunch break (Thank you to Larry Bryan for coordinating our lunch this time and to Rob Brogle for starting our day off with doughnuts!), the team went to work on the trucks, starting with the east end one. By mid afternoon, motor 1 had been removed from the truck. By the end of the day, motor 2 only had one stubborn bolt between it and removal. Unwilling to drag out the torch so late in the game, we'll start next week by cutting this bolt out. 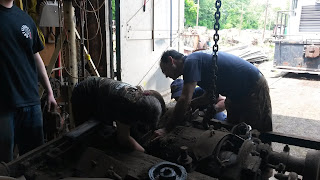 Katy, Lou, and Galen work on removing the gear case from motor 1 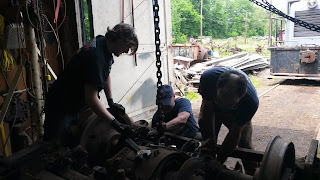 Adam, Lou, and Galen remove more of bolts that are holding motor 1 in place 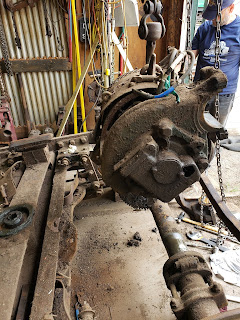 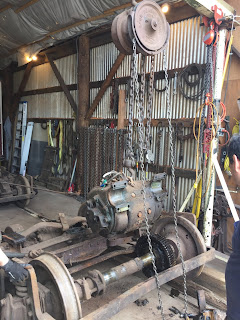 Motor 1 is hoisted out of the truck (Photos by Katy Krause, Adam Krause respectively)

Inspection of the 4 motors reveals damage to all windings on the armatures. We will need to send the armatures out for repair. This costly step will be helped by a grant, although additional donations to the project are highly appreciated.

Diesel 1 is looking sharp in its new primer, thanks to John. The winter rebuild he performed proved its worth as the little locomotive has regained all of the power it had lost over the last few years. The fuel tank makes a very nice addition. 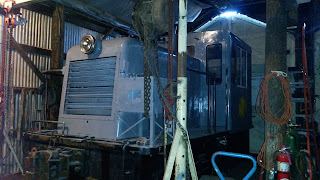 Email ThisBlogThis!Share to TwitterShare to FacebookShare to Pinterest
Labels: 3001, Diesel 1