John, Fred, Larry, Adam, Bruce, and Paul accomplished a lot while Galen and I were away and the work continued yesterday. Here's a summary of what's happened this month.

2600 had it's windows washed and received a thorough vacuuming. Fred and Larry began applying a fresh coat of paint to the floor yesterday afternoon. The east end operator's foot rest has also been re-secured to the floor.

John has begun removing old rivets from 3001's side. Several rusted sections have also been removed. The car boasts its first fresh steel in the frame. Disassembly and cleaning work also continued on the east end controller. 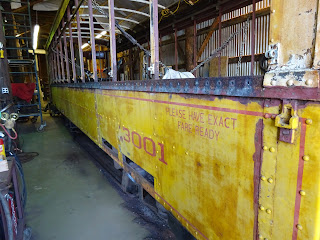 
Work also continued on 169's anti-climber and one half is now fully repaired. The bumper was wire wheeled clean and primed yesterday 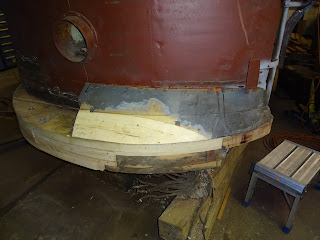 Repaired anti-climber section fit up on the car 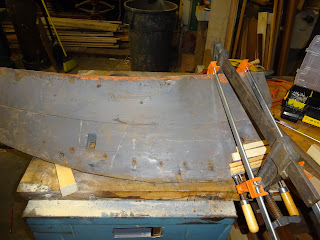 Second anti-climber section is being patched 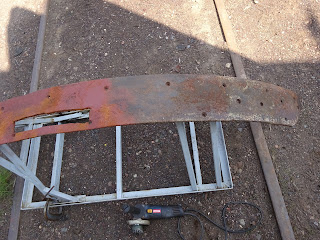 East end bumper in the process of being cleaned

Email ThisBlogThis!Share to TwitterShare to FacebookShare to Pinterest
Labels: 169, 2600, 3001