Today we were lucky enough to have an unusually warm winter day with the temperature reaching into the low fifties. We used this to our advantage, getting some work done in both the shop and Northern barn in the afternoon.

Fred, Kelly, and Bruce started the day in 1500, continuing work on scraping old varnish and paint from the walls and trim. They were joined by Bruce's brother Gary who's visiting from out of state. 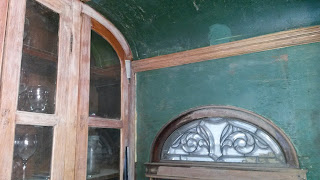 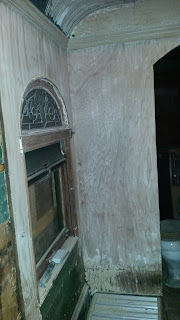 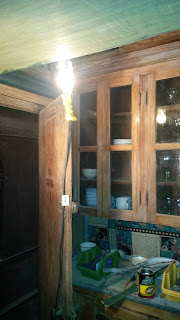 Galen has been busy wiring 1201 for 120V lights so it can become an illuminated display. The new ceiling was recently installed by Motorman Sully Mrowka, and friends, as part of his Eagle Scout project. 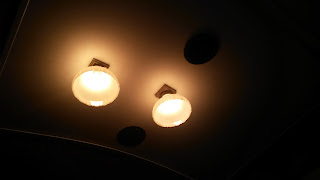 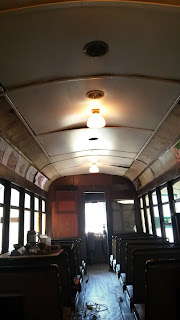 John has gotten 3001 completely cleaned out. He and Fred worked on the car in the afternoon, Fred beginning the process of removing old paint from the wooden corner supports. 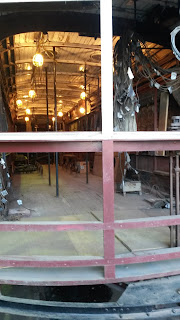 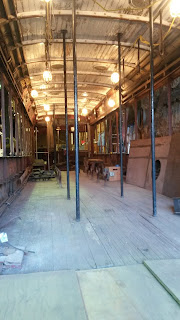 Galen and Kelly spent their afternoon chasing wires in work car 101. This car was one of the ones vandalized in 2010. Thieves ripped out the majority of the interior wiring, including the special control panel that allowed this car to operate on both 600 and 1200V DC overhead. The below images shows the empty control panel box and the 12 wire remains that used to connect to it. By using a continuity checker, Galen and Kelly were able to find points on the motor cut out switches and reverser where 11 or the 12 wires electrically connect to. It is a start in deciphering how this car was once wired. The hope is to have the car rewired and running so it can be used by the shop as well as track, overhead, and signals departments who now rely on S193 and Diesel 1 as their main means of transportation. 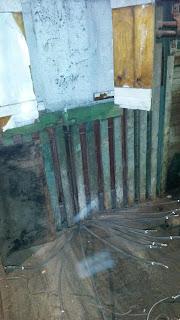